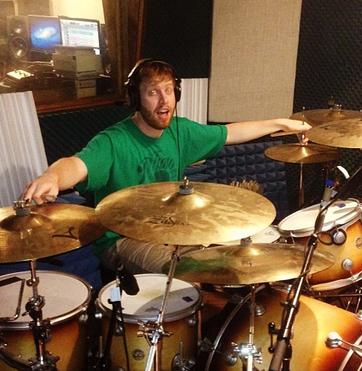 My name is Jack Ivins and music is my life. I have been playing drums live and in studios for over 20 years. I love to create. I am based out of Nashville and want to work with you on your next record! In addition to my own bands, I have also played live for Tanya Tucker, Joey Belladonna of Anthrax, When In Rome, Orianthi, and many many others.

My bands have also had the good fortune of sharing the stage with some very talented acts: The Misfits, The Darkness, SIXX:AM, The All American Rejects, Queensryche, Dance Gavin Dance, Motion City Soundtrack, Cute Is What We Aim For, Rooney, Parachute, Cracker, The Ataris, Night Riots, KIX, Taproot, From Indian Lakes, Carolina Liar, Mae, The Rocket Summer, Every Avenue, Carbon Leaf, Charm City Devils, The Pat McGee Band, The Unlikely Candidates, and many more.

My music has been featured on MTV's Real World and Big Tips Texas, NASCAR, Fox Sports, Oxygen's Best Ink, ​and a smattering of other random programs.